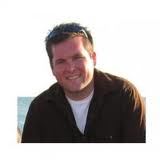 Christopher Beam has written what I believe to be a wonderful article for New York Magazine. There are (at least) two great things about this article:

Here’s the “money quote” from the second aspect of the article, Beam as Jacob Marley introducing us to a vision of Libertarian Future:

Consider the social side of Libertopia. It’s no coincidence that most libertarians discover the philosophy as teenagers. At best, libertarianism means pursuing your own self-interest, as long as you don’t hurt anyone else. At worst, as in Ayn Rand’s teachings, it’s an explicit celebration of narcissism. “Man’s first duty is to himself,” says the young architect Howard Roark in his climactic speech in The Fountainhead. “His moral obligation is to do what he wishes.” Roark utters these words after dynamiting his own project, since his vision for the structure had been altered without his permission. The message: Never compromise. If you don’t get your way, blow things up. And there’s the problem. If everyone refused to compromise his vision, there would be no cooperation. There would be no collective responsibility. The result wouldn’t be a city on a hill. It would be a port town in Somalia. In a world of scarce resources, everyone pursuing their own self-interest would yield not Atlas Shrugged but Lord of the Flies. And even if you did somehow achieve Libertopia, you’d be surrounded by assholes.

Sure, I read Rand as a teenager, and liked it, too. I worked at a library shelving books—it was my first job—and I remember when the head librarian, a Mrs. Christensen, saw me with a copy of The Fountainhead, she muttered, “Rand’s a goddamn Nazi.” Despite my esteem for Mrs. Christensen, her over-simplification and mis-characterization of Rand’s nutty philosophy only made it more appealing and probably prolonged my Rand-philia by at least a few weeks. It was when I got to Anthem that I finally gave up on it. I could see what she was selling, and it was scary even to the 16-year-old me.

(If you haven’t read The Fountainhead, I can save you some time.)

Monotreme is an unabashedly liberal dog lover, writer, and former scientist who now teaches at a University in an almost-square state out West somewhere. http://www.logarchism.com | http://www.sevendeadlysynapses.com
View all posts by Monotreme →
This entry was posted in Uncategorized and tagged Atlas Shrugged, Ayn Rand, Fountainhead, Libertarian movement in the United States, Libertarianism. Bookmark the permalink.