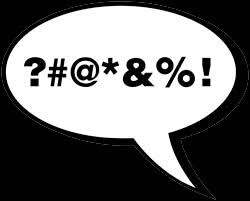 For a moment, let’s pretend that Saturday, January 8, 2011, did not happen. For a moment, pretend no one got shot in Tucson, Arizona. Pretend there never was a flap about the language of our political discourse, and whether that contributed to a shattering tragedy.

Let’s have a conversation about our language anyway.

Do we want to immerse ourselves in the imagery of violence and blood, division and hatred, fear and oppression? Does that really advance sound and reasoned discourse?

I proudly proclaim myself to be an ardent partisan on the Left, advancing classical progressive positions, an old-school liberal of the Kennedy era. Any partisan is going to have blind spots. That is in the nature of having a brain that functions the way human brains do. So no doubt it’s easier for me to see undesirable rhetoric from the Other Side. I’m sure partisans on the Right will assemble examples from the Left.

What purpose does it serve to use the over-the-top language of “tyranny” and “totalitarianism,” or to invoke the ghost of Hitler?  When everyday policy discussions are presented as a struggle of “liberty” against “oppression,” the merits of the actual policy proposals are disregarded, shoved aside, unconsidered. When one side seeks to demonize the other, no room remains for rational conversation. 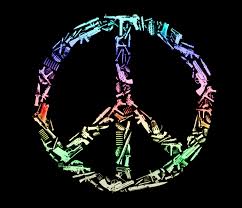 Even worse: we force our national debate into armed camps—literally as well as metaphorically. The language continues to degenerate into talk of taking up arms, of revolution, of shedding blood. View this as real and present threats, or as mere colorful advertising, whichever you like. Either way, the contest becomes one between Good and Evil, rather than between honestly contrasting approaches to solving our problems.

When one is facing a foe that one truly views as wishing the downfall of all that is holy and good, then the only possible course is of unyielding opposition, and perhaps even literal open warfare. Is this truly the direction we wish to move our nation? Do we really want to cause our fellow citizens to shed their blood over tax rates or banking regulations? Do we really even want to envision that? 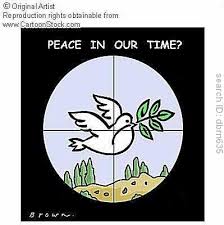 There is a continuum in this language, from mere bluster and insult, to open calls for secession and for revolt, putting opponents into the crosshairs of one’s shotgun, and feeding our soil with the blood of fellow Americans. How literally and seriously do we take this imagery? We can probably accept that anyone hurling an insults actually means to be insulting. But at what point along that continuum do we stop and say, “They’re not serious. No one would really start shooting at political opponents. Not in America!”

And yet, when those who use this language are encouraged to admit it’s mere hyperbole, they seldom do. They’ll insist, in ominous tones, “No, I mean it. Revolt is an option. If things keep going this way, we will engage in Second Amendment Remedies…”

So why should we not take the purveyors of this language at their word, and treat them as we would any terrorist? For that is what this languages does. It is designed and intended to invoke terror. Do we dare to not take it seriously? Or is “taking it seriously” just another example of demonizing the opposition?

Let’s return to the Real World. Yes, Saturday, January 8, 2011, did happen. Since then, many on the Left have called for more reasonable language in our national conversation. This call has been resisted by many on the Right. Much of that resistance has itself taken the form of still more rhetoric of unreasoned hatred. We’ve been deflected into a debate over the detestable charge of “blood libel.” Instead of talking rationally about rational talk, another rhetorical bombshell has been thrown to detour us into still more insane accusations.

Why does the Right resist calls to civility with such defensive passion? Why try to paint itself as victims even in a struggle to achieve reasoned discourse? Here’s my theory: the Right today has nothing else to offer. They have no policy, no suggestions for actually moving our nation forward. They have only fear and a call to fear. They cannot discuss the challenges we face in rational terms, because they have no rational argument to make.

To my friends on the Right, I say: Prove me wrong. Show me that there is substance on the Right, and not mere mudslinging and violence. Don’t get defensive, don’t launch into schoolyard counter-taunts of “Well, you do it too!” Let’s see if we can have a conversation thread, perhaps about the upcoming House vote on health care—by all the Gods, please, even just one conversation thread—that doesn’t use any of the Luntz potty terms (“Porkulus,” “Obamacare,” “tyranny,” “Socialism,” etc.).

Prove you can converse rationally, without invoking the specter of violence, and without presenting our contrasting approaches to America’s problems as if it were a battle between liberty and oppression.

D. C. Petterson is a novelist and a software consultant in Minnesota who has been writing science fiction since the age of six. He lives with his wife, a seriously affectionate pit bull, a cat, and a bearded dragon, and insists that grandchildren are the reward for having survived teenagers. When not writing stories or software, he plays guitar, engages in political debate, and reads a lot of history and physics texts for fun.
View all posts by dcpetterson →
This entry was posted in Uncategorized and tagged Second Amendment to the United States Constitution. Bookmark the permalink.