Care Wars: The Empire Strikes Back!

…in which Boehner Fett digs himself a hole. 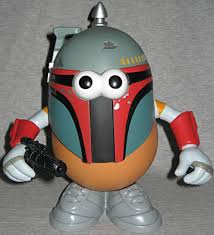 Have you ever been to a four-hour movie that went on about three hours too long? And then marveled at the audacity and stupidity of the studio for making a sequel?

Well, you can’t entirely blame them. The studio was purchased by a different consortium, and they hired a new director, who is certain that changing everything will get the public on his side.

So it is with the Patient Protection and Affordable Care Act (PPACA), popularly known as “Health Care Reform.”
The debate went on far too long. Pundits and politicians on all sides confidently stated, several times between March of ’09 and March of ’10, that the bill was dead—but it never seemed to die. Most Americans were bored and exhausted by the time the final vote came. 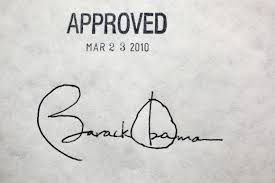 President Obama signed it into law on March 30, 2010. That should have been the end of the drama. But no. The 2010 elections lay ahead, and then the 112th Congress, like the dreaded inevitable movie sequel made by the media whores who just can’t seem to milk that cash cow enough.

When Speaker Boehner convened the 112th Congress, the first item of business consisted of a series of votes and debates on whether to repeal PPACA. Believe it or not, the title of this farce is (I’m not making this up) “Repealing the Job-Killing Health Care Law.” How’s that for Theater of the Absurd?

Why this nonsense about jobs in the bill’s title? Because the 2010 election was all about voter anger at the slow rate of job recovery from the Republican Great Recession. The new Republican-led House of Representatives feared that admitting it was avoiding the issue of jobs would be political suicide. So their spin doctors came up with this ridiculous title.

Which means we must ask the question: Will anyone in the public—other than Republican partisans who would never admit it—be fooled by the misdirection? Or is this title merely pandering to the already-captivated base? Is it a mask to cover the Republicans’ utter lack of any ideas on how to create jobs? Are Boehner & Company actually going to fool anyone? Personally, I have no idea.

Now, let us recall that the Republicans established new rules for the 112th Congress. One rule prohibits disallowal of amendments to bills. Yet they are disallowing amendments to this bill. Another requires that every bill must include the specific provision of the Constitution that authorizes Congress to pass the bill. This bill does not. They also now require that every bill be paid for by canceling something else. The CBO scored this bill as adding over $200 billion to the national debt, yet the Republicans are including no offsets whatever. The repeal of PPACA—the first official act of the 112th Congress—is an exercise in hypocrisy.

This bill, even after the Republicans expidite it through the House (with limited debate, and no allowed amendments), will have zero chance of passing the Senate. It probably won’t even be put on the schedule for debate. It may not make it out of a single committee. And it would most certainly meet the veto pen of the President. So this bill is not only an exercise in hypocrisy, but also an exercise in futility.

Writing, debating, and voting on this bill in the House, therefore, is a complete and utter waste of time—and, therefore, a waste of the taxpayers’ money. Why are the Republicans doing this? What purpose does it serve? Don’t they have anything better to do? Maybe it is simply a stalling tactic; after all, the Republicans showed in the 111th Congress that they were willing—maybe even eager—to allow none of the work of governing to be done at all. Maybe this is simply their way of making sure nothing gets done for a couple of weeks.

Originally, the debate and the vote were scheduled to happen the week of January 10–14. But the attempted assassination of Gabrielle Giffords on January 8 led Speaker Boehner to put everything on hold for a week. Why did he do that? Was it purely a matter of respect for those gunned down and injured in this terrible tragedy? Were there political considerations as well?

Since the shooting, there has been a national discussion on the tone of recent American political rhetoric. Few issues in the last 30 years—perhaps none since the Vietnam War and the civil rights marches of the 1960’s—have inspired such virulent and vitriolic rhetoric.

Will the tone of the Boehner Debate on PPACA repeal be toned down, more civil than the nasty and vile and dishonest screaming of 2009 and early 2010? Or did Boehner wait a week in order to get some distance, in hopes that the political distortions and lies about “death panels” and “socialism” and “gubmint takeover of health care” might seem less tone-deaf?

There are some further problems with optics. Is it really smart for the Republicans to give the Democrats another chance to defend the PPACA? Granted, the Democrats didn’t do a very good job last time of making their case before the public—or rather, the Republicans did a much better job of distorting what was in the bill. But now that people are seeing positive benefits from PPACA, and now that Democrats are a) more united, and b) better informed about Republican misinformation, it’s going to be easy to present the Republicans as moving to take away things the public wants: protection from pre-existing condition exclusions, removal of annual and lifetime limits on benefits, the ability to have one’s 25-year-old son or daughter on one’s insurance, protection for seniors from the Medicare prescription drug donut hole, et cetera. Aren’t the Republicans going to simply look unforgivably mean and unflinchingly cruel?

Plus, this isn’t merely a one-vote process. The Republicans, realizing America wants health care reform, are planning to go through the entire process of 2009 again. After voting to repeal PPACA, they intend to assemble a series of further bills to replace it with. And they expect that process to take another whole year! If you were exhausted after the first installment of the series, and if this second installment (repeal) leaves you cold, just wait until the third episode of the trilogy. After spending all of 2009 on health care reform, and after wasting the first few weeks of the 112th Congress on a useless and meaningless repeal vote, the Republicans want to spend another year re-debating the issue. What a waste of taxpayer money! How many Americans are going to tolerate that?

Granted, many Republicans did run on a promise to repeal the PPACA. Of course, it was a cynically empty promise, since even if the Republicans had gained control of the Senate (a very long shot at best), the President would still have vetoed the bill—and the Republicans had no hope whatever of gaining a majority in either house large enough to override the veto. So perhaps it could be argued that the Republicans are going through this senseless waste of time just to be able to claim they kept their promise to try.

Nonetheless, a majority of the public now wants to either keep PPACA as is, or extend and enhance it. Only a minority wants repeal. So would the Republicans be hurting themselves more by forcing the vote, or by going back on their campaign promise? Would they do better politically to tick off their base—or everyone else?

What do you think?

D. C. Petterson is a novelist and a software consultant in Minnesota who has been writing science fiction since the age of six. He lives with his wife, a seriously affectionate pit bull, a cat, and a bearded dragon, and insists that grandchildren are the reward for having survived teenagers. When not writing stories or software, he plays guitar, engages in political debate, and reads a lot of history and physics texts for fun.
View all posts by dcpetterson →
This entry was posted in Uncategorized and tagged 112th United States Congress, Health care reform, John Boehner, Patient Protection And Affordable Care Act. Bookmark the permalink.

128 Responses to Care Wars: The Empire Strikes Back!