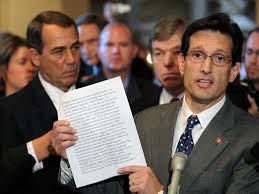 An Exercise in Futility

This week saw the House back in session and the passage of the Health Care Reform Repeal by Republicans. We were also subjected to endless refrains of “job killing” as a means to deflect the attention off of the fact that House Republicans don’t actually have any real plans for creating jobs. And it was a week where the gunman of the Tucson Massacre was indicted and Representative Gabrielle Giffords demonstrated remarkable progress in her recovery including standing on her own.

But it’s open-mic on Fridays. Anything goes. What’s on your mind?

Mr. Universe is a musician/songwriter and an ex-patriot of the south. He currently lives and teaches at a University in the Pacific Northwest. He is a long distance hiker who has hiked the Appalachian Trail and the Pacific Crest Trail. He is also an author and woodworker. An outspoken political voice, he takes a decidedly liberal stance in politics.
View all posts by Mr. Universe →
This entry was posted in Free Forum Friday. Bookmark the permalink.