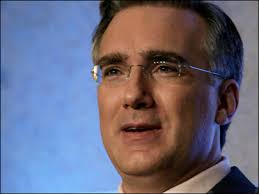 Keith Olbermann has announced today that he will return to cable on Current TV; the Network started by Al Gore and investor Joel Hyatt. Olbermann will also be a stakeholder in the company and he will be the Chief News Officer according to Current TV’s website.

Keith has stated that he thinks this a good fit for his and Current TV’s vision of news being unbiased by corporate interests. Olbermann will have adhere to the no-compete clause in his MSNBC contract that keeps him off the air for an unspecified period of time, but that gives Current and Olbermann time to ramp up his new show. Expect to see Keith back on air in late spring.

Keith was instrumental in salvaging MSNBC as a cable network. No doubt he will be doing that again for Current TV. My prediction is that Current will merge with HuffingtonPost/AOL in the future to become the face of new media. For now, Olbermann’s brand, as predicted, will have a new home.