John Wayne Gacy and Rosalynn Carter in 1978 (Image via Wikipedia)

I grew up in northern Illinois under the shadow of John Wayne Gacy. He was the real-life boogeyman that parents used to scare their little ones into avoiding strangers, gay people, and clowns. For those unfamiliar with Gacy, between 1972 and 1978 he killed at least 33 young men and boys between the ages of 14 and 21. After raping and asphyxiating his victims, he buried them in the crawlspace of his house. (A handful went in the Des Plaines River or his garage when the crawlspace got too full.) To all outside appearances, he was the model neighbor: a clown who entertained at children’s parties, a generous donor to charities, and successful small businessman. Naturally, his ordinary guy-next-door profile terrified every housewife from Waukegan to Carbondale. His case stayed in the news through his various appeals all the way up until his (almost botched) execution by lethal injection in 1994. After Charles Walker, Gacy was only the second person that Illinois executed since re-instituting the death penalty in 1977.

The case had particular meaning to me, because when I was in High School, I witnessed a debate between Gacy’s prosecuting attorney, Terry Sullivan, and Rob Warden from the Northwestern University School of Law. The topic: The death penalty. It was my first exposure to the idea that there’s more to good citizenship than just following the law, paying taxes, and voting. That debate convinced me that we have a duty to not just obey the law, but to question and determine what our laws should be. After the debate, my opinion on the death penalty remained unformed, but it certainly got me thinking.

Is the death penalty an effective deterrent to murder?

The answer, in short: No. 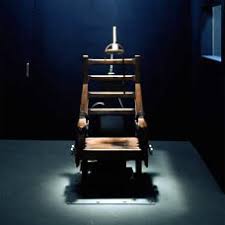 Based on these and other statistics, over 90 percent of criminologists are convinced that the death penalty is not an effective deterrent for capital crimes. To reduce murder and other capital crimes, law enforcement officers put higher priority on reducing drug use, better employment opportunities, and putting more cops on the street.

Murderers generally don’t act rationally. They aren’t concerned about some hypothetical risk of execution, especially when under the influence of drugs, acting in a fit of rage or panic, or suffering from some other mental deficiency. Furthermore, the psychological profiles of serial killers suggest they are usually too convinced of their own superiority to consider that they’d ever get caught. The death penalty simply doesn’t deter these people.

Is the death penalty fairly implemented?

Twenty years have passed since this Court declared that the death penalty must be imposed fairly, and with reasonable consistency, or not at all, and, despite the effort of the states and courts to devise legal formulas and procedural rules to meet this daunting challenge, the death penalty remains fraught with arbitrariness, discrimination, caprice, and mistake.

According to Amnesty International, only two percent of those eligible for the death penalty actually receive a death sentence in the United States. One of the main reasons is that the prosecuting attorney makes the decision whether to seek the death penalty, so this decision is necessarily fraught with politics, personalities, and chance. Compared to others convicted of similar crimes, people who receive the death penalty are:

Our federal law mandates that the death penalty must be implemented fairly or not at all, but statistics show that states continue to fall short of this objective.

Is the death penalty practical?

Frankly, it simply costs less to incarcerate someone for life than it does to execute them.

Why does it cost so much? In the effort to improve fairness and peace of mind, many states have instituted layers of policies ostensibly designed to protect the rights of those accused of capital offenses. In some states, any interrogations must be videotaped by the police, so there can be no accusations that the confession was forced, for example. Others have strict rules regarding the use of DNA evidence or the handling of evidence in a capital case. Because of these and other regulations, the prosecution costs in a capital case are often higher than those for the defense attorneys. The prosecution will have to invest much more time in building a case not only to convict but to convince the jury (or judge) that death is warranted.

Furthermore, any capital case will necessarily have lengthy appeals. Some would argue that these appeals should be reduced or eliminated, but that would increase the risk that an innocent would be executed. Illinois has one of the lowest rates of death penalty convictions, yet between 1977 and 2003, almost twice as many convicted death row inmates were exonerated (20) as were executed (12). It becomes 21 and 11 if one counts the Girvies Davis case, because he was executed despite exonerating evidence uncovered by students at Northwestern University’s Medill School of Journalism.

If the death penalty is only for heinous crimes, then is death row guaranteed to contain only the guilty?

Between 1973 and 2003, over 130 death row inmates in the United States were exonerated before their impending execution. Some would argue that this means the appeals system is working, but others have clearly seen this as a sign that the system was convicting too many innocents to die. In light of the high exoneration rate, in 2003, Governor George Ryan commuted the death sentences of all 167 Illinois death row inmates to life in prison.

How does an innocent person get convicted? Likely factors include:

The state can’t make restitution for a wrongful conviction if the defendant is dead.

Does the death penalty deliver justice?

Even after accepting that the costs and risks associated with the death penalty make it impractical to administer and impossible to implement fairly, one may still believe that the death penalty serves a valuable function for justice. One may argue that it brings closure for the victims or that some particularly heinous crimes require retribution. This touches on one’s personal morals and the value one places on each life, which means these aren’t easy questions with pat, statistical answers.

For some, no death is ever justified. Many Catholics and other religious people take the admonishment, “Thou shalt not kill,” very seriously. To them, state sanctioned executions are black marks on their own morality, because the state acts on their behalf. Every execution is a murder for which every citizen bears culpability. If all killing is wrong, then the death penalty is, by definition, equally wrong.

To those who suggest that an execution gives closure, the argument can be made that closure for the victims and survivors happens at conviction, not at death. Unless someone is bent on retribution, closure should come from knowing that the perpetrator was caught and found guilty and will never harm anyone else again. That can be accomplished just as thoroughly with life in prison.

Some will argue that a civilized justice system should be more about protecting society than exacting revenge or retribution. Killing a murderer won’t bring anyone else back, and the “eye for an eye” philosophy of justice went out of style with Hammurabi. Even your mama told you that two wrongs don’t make a right.

Others will argue that no civilized government should be in the business of executing its citizens. This creates a systemic devaluation of life that permeates throughout society. Those who make this argument will often point out that countries with the highest violence rates among citizens are also those with the death penalty, and the least violent countries tend to be those who’ve had no death penalty for longer than most.

So the question to you becomes, why do you support the death penalty? Or do you think it is past time to abolish it in the United States?

“Mac” is a software consultant living in a midwestern state full of cornfields. With degrees in math, music, and education Mac claims to be an expert in nothing but interested in everything, especially sci-fi, sports, theology, music, politics, and competitive bridge. Probably has an opinion on any topic you pick. If not, Mac’ll think one up for you!