The Illusion of Public Opinion 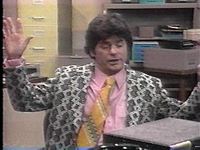 Back in the seventies, record labels used to engage in a practice called Payola. The practice wasn’t anything new, it was just a nuanced form of bribery. The idea was simple: slip a $100 bill or packet of cocaine into a record album sleeve and give it to a radio station DJ in return for a few extra spins on the air. It created the illusion of undue popularity for what was likely a mediocre artist (and there was plenty of mediocrity to go around in music of the seventies). Why the big deal?

And the problem was systemic because Label A would think ‘Hey, Labels B, C, and D are doing it, we’d better do it to stay competitive’. So record labels routinely engaged in payola knowing the risk of punitive damages if they ever got caught. The courts eventually outlawed payola under racketeering statutes and fined many record labels for the practice. Many labels looked at the fines as merely a cost of doing business.

Payola never really went away. It just morphed into what we now call ‘promotion’. C-notes are now concert tickets, tour jackets, or other merchandise. Payola even still happens illegally in these times. Sony Records was levied a $10 million dollar fine as recently as 2005 (ironically brought by Elliot Spitzer, then New York’s Attorney General who was likely participating in his own lascivious, immoral, and questionably legal practices at the time).

Of course influence exists in politics as well. Campaign ads, particularly negative ones, are notoriously misleading. Talk radio shows like Rush Limbaugh and networks like Fox News make lots of money peddling influence by playing it loose with the facts. But there’s a new kind of influence going on today courtesy of the Internet that very much resembles the Payola scams of the old days.

We’ve seen many things change with the Internet. Information is readily available and exchanged on a routine basis. The entirety of encyclopedic information is accessible with a keystroke on Google. Nothing is sacred anymore, nor secret. Wikileaks proved that you can’t hide anything. Facebook opened up everybody’s lives to the world. Privacy has become a thing of the past because once it’s out there, it’s part of the permanent record. You might have been passed over for that promotion because someone tagged you in a photo at the Christmas party with the lampshade on your head and cocktail in hand. Governments are toppling because everybody got the tweet to show up. Government secrets are being leaked to expose their real intentions to suppress the freedom of the people. Transparency is the new black.

But something even more sinister is happening with breakdown of technological barriers; fake constituencies.

My pseudonym is Mr. Universe. I write under an alias because I want to have unfettered freedom of speech without it having an influence on say, my employer who might discriminate against me for a differing opinion, or family members who might be embarrassed. Presumably I am human, but how do you know? How do you know that any of the other writers on this blog aren’t figments of my imagination? The answer is: you don’t. You accept it on faith that we are different people with different perspectives. But it could be possible that there are people on the Internet with less than honourable objectives.

The Internet affords us with anonymity that we don’t have in our personal lives. I personally think that the transparency that is bringing about these revolutions, toppling archaic regimes, and possibly revealing corporate and government malfeasance are good things, but I worry that the anonymity is being used against us in sinister ways. 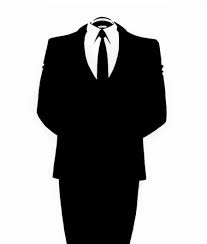 One of the things the Wikileaks team exposed was a plot by the firm HBGary, a counter intelligence cyber protection firm that went after Wikileaks. HBGary threatened to expose the members of “Anonymous,” a group of hackers that is publicly supportive of Wikileaks. Anonymous, in retaliation, hacked into their systems, compromised their servers, and dumped 50,000 of their e-mails onto the Internet. (This brings up an interesting question: do two wrongs actually equal a right if they expose an egregious wrong?)

In one of those e-mails was a plan to create a sockpuppet revolution. In other words, create fake Internet identities with similar opinions. A clone war. They wanted to foster an on-line counter attack to the Democratic agenda. And they planned to do it with software. From an HBGary e-mail:

…by creating an army of sockpuppets, with sophisticated “persona management” software that allows a small team of only a few people to appear to be many, while keeping the personas from accidentally cross-contaminating each other. Then, to top it off, the team can actually automate some functions so one persona can appear to be an entire Brooks Brothers riot online.

Believe it or not, the US Government is using this technique in Afghanistan to <sarcasm> “win the hearts and minds of the Afghans”</sarcasm>.

The danger, of course, is creating a false reality that promotes an agenda of the minority (usually one that stands to profit), data mining, and ganging up on the Internet bloggers and commenters such as ourselves by distorting truth with fake numbers.

Most of us are trusting individuals. We take for granted that whoever is on the other end of livegirl17@linquedIn.com is a real person because we are taught to take people at their word. But how can there be empathy with a fake persona? It’s just a carbon copy.

I thought about testing the fake persona on the readers of this blog by publishing a ‘guest’ editorial with completely outrageous and false information, but that made me feel a bit unsettled. Even if you have no evidence to the contrary, I can assure you that I and my fellow writers here at 538 Refugees are real, and we will never lie to you. Cross my digital heart.

There could be others trying to create an alternate reality to influence political thought. In the past, all governments had to do to quash rebellion was to shut down communication. Now, in lieu of shutting down communication it becomes necessary to manipulate communication. For example, could there be people working to create an illusion that public opinion favours defeating unions in Wisconsin at this moment? The Internet has brought about a lot of liberating things but the one thing that has yet to be addressed is how do you know what is real? Does public opinion mirror what the public actually feels? This opens a Pandora’s box of questions regarding Internet regulation and the veracity of the source.

What’s in the box is anybody’s guess.

Mr. Universe is a musician/songwriter and an ex-patriot of the south. He currently lives and teaches at a University in the Pacific Northwest. He is a long distance hiker who has hiked the Appalachian Trail and the Pacific Crest Trail. He is also an author and woodworker. An outspoken political voice, he takes a decidedly liberal stance in politics.
View all posts by Mr. Universe →
This entry was posted in Uncategorized and tagged Anonymous, Wikileaks. Bookmark the permalink.

16 Responses to The Illusion of Public Opinion