The Art and Irony of Overreach 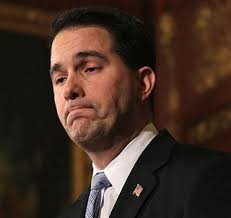 (Update: According to several sources it looks as if Walker may be compromising with Democrats on the collective bargaining rights. Presumably the pressure from the threat of recalls is making some Republican Senators reconsider their positions)

Wisconsin Governor Scott Walker has failed to comprehend the overreach of his authority and the consequential damage it will do to not only Wisconsin, but the Republican Party nationwide. Following the events of the past two weeks, it has become patently obvious that the Governor’s unwavering stance on the details of his budget measure have less to do with balancing the budget than with political maneuvering. His insistence on stripping unions of their collective bargaining rights is a giveaway of his intentions. What Walker stubbornly fails to recognize is that all of this: the protests, the national media attention, and his rapidly declining poll numbers could easily have been avoided had he not doggedly refused to budge on the bargaining rights matter. If he had merely accepted the budget concessions of the unions, this would have been less of an issue. It’s possible that he could still accept the concessions and the protests would likely die down but his persistence to disembowel the unions has already begun to have far broader consequences.

There would still be issues to be addressed, primarily the fallacy of austerity measures. Many have already suggested that Walker’s budget proposal was one of his own making when upon assuming office he arranged for $117 million in corporate tax breaks. Not two months into his Governorship he quickly brought forth the budget proposal under the auspices of fixing the budget shortfall, largely a result of the tax breaks, and that all Wisconsinites must make sacrifices to balance the budget. In short, Governor Walker appears to have manufactured the problem and expects Wisconsinites to pay for it. Austerity means that everyone sacrifices but it is apparent that the sacrifice is intended to be one-sided.

Both sides of this dispute are ramping up the heat. As Nate Silver points out in his related article, there are already moves to recall Republican legislators and even Walker himself, though that can’t actually happen until he has been in office for one year. Likewise, Republicans have begun the process of recalling the Wisconsin Fourteen, the fourteen Democrats who fled the state to deny Governor Walker a quorum to pass his budget proposal. There is speculation that one of the Fourteen may be put up against Walker in the event of a recall. Most likely Wisconsin Senator Jon Erpenbach.

Governor Walker has explored hunting down the Fourteen and bringing them back in shackles. He is also threatening to begin layoffs of public sector jobs unless the Fourteen return so that his budget bill will pass union restrictions and all. This smacks of a third world dictatorship rather than a democracy. 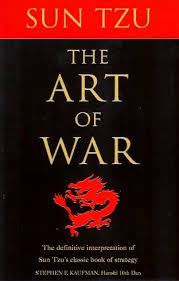 The Art of War

The Obama administration has been somewhat mute on the matter. They have publicly stated that they are on the side of the working class but the President has backstepped on his campaign promise to “put on a comfortable pair of shoes” and join the picket lines in Madison. The US government cannot realistically get involved in state matters and it would appear the President is taking a page from the Chinese philosopher Sun-Tzu who stated that it is best not to interfere with an enemy that is defeating itself.

This whole fiasco has revealed a greater Republican plan to defeat and disempower the Democrats. Apparently realizing that they could not gain complete control of the congress, the Republican party saw that winning a majority of Governorships, combined with the Citizens United decision, gave them an opportunity to defund Democrats by breaking their number one campaign contributor: unions.

The media has been somewhat tepid in their coverage as well, although to his credit, Shepard Smith of FOX news was quick to point out the disparity of campaign contributors between corporate interests and union interests. David Frum, former speech writer for George W. Bush (of “Axis of Evil” fame) stated last year that “Republicans originally thought that FOX worked for us (Republican party) and now we’re discovering we work for FOX.”

Indeed, after the prank call to Governor Walker, the entire matrix of Republican power is becoming more transparent after more than thirty years of deception. Republicans are, indeed, the tools of corporate interests and FOX is the PR arm. It appears the George W. Bush’s greatest legacy will have been installing the Supreme Court justices necessary to pass Citizens United.

Given the preponderance of evidence, how is it that the Republican agenda is able to succeed? It relies on the illusion of equal opportunity. In theory, if you support the party, you can become rich too. The problem is that the income disparity coupled with a ten-year moratorium on taxes for the wealthy has created a glaring gap between the wealthy and the middle class. You cannot strike it rich when the rich control everything. And after the self-induced crash of 2008 from overspeculation, the wealthy want the rest of America to bear the burden of their mistakes.

Republicans often complain that this is class warfare, the implication being that the unwashed masses are unfairly rising up to steal their hard-earned and deserved wealth. Well, it is class warfare. But it wasn’t started by the middle class. It is backlash from over thirty years of Republican bilking of the middle class, and General Scott Walker is leading the charge. It appears the middle class has had enough. I suspect the battle has already been won by the People and I think we may see the results at the ballot box come 2012. While those results aren’t yet clear we have the Wisconsin Brigade and the Fourteen to thank for fighting on our behalf.

Mr. Universe is a musician/songwriter and an ex-patriot of the south. He currently lives and teaches at a University in the Pacific Northwest. He is a long distance hiker who has hiked the Appalachian Trail and the Pacific Crest Trail. He is also an author and woodworker. An outspoken political voice, he takes a decidedly liberal stance in politics.
View all posts by Mr. Universe →
This entry was posted in Conspiracies, Uncategorized and tagged Citizens United, Jon Erpenbach, Republican, Scott Walker, Shepard Smith, United States, Wisconsin. Bookmark the permalink.

127 Responses to The Art and Irony of Overreach