(Ed. Note: 538 Refugees occasionally hosts guest editorials. This week’s guest is Brian K. White. Regular readers will know him as a refugee from the old fivethirtyeight.com days as 10kZebra. A Seattle native who has worked for nine years as the editor of Glossy News; a humourous and satirical take on the news, he is a voracious consumer of news himself. He splits his time between raising his clever kids and trying to find the elusive unicorn that is the honest politician.) 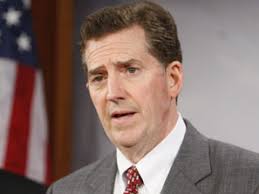 A recent addition to the fair and balanced Fox News Network, The Wall Street Journal has published an editorial by one of the more outspoken conservative senators. Although Senator Jim DeMint (R-SC) has publicly said that he doesn’t think openly gay teachers or sexually active single women should be allowed to teach in public schools, there’s no mention of that in The Wall Street Journal.

Senator DeMint’s argument is that the federal government should de-fund The Corporation for Public Broadcasting, and therefore PBS, NPR and all affiliate entities. Arguing that the federal government needs to tighten the fiscal belt is an easy call, but one need only look as far as the editorial to ferret out other possible, and more likely, motives.

There has been a lot of talk in the news lately of bloated public salaries, with little perspective provided.

Salaries under the Corporation for Public Broadcasting and affiliated public broadcasting entities are far lower than those of their for-profit rivals. The head of NPR earns far less than half as much as do counterparts at Fox, ABC, NBC, CBS or any other news outfit, and that includes Current TV.

For comparison, recently-fired NPR CEO Vivian Schiller earned $562,500 last year, to Roger Ailes‘s (not unusual) $14 million. That’s only 4% of what Ailes gets, and both are very large networks.

The so-called commercial free public airwaves have been filled with pleas for taxpayer cash.

It’s hard to tell if this means federal funds, or private citizen donations, but in either case it is exactly how the system is designed to operate. It would be interesting to know how the Senator expects them to fund their operations, but the answer may be that he doesn’t; he simply wants them to disappear.

The Association of Public Television Stations has hired lobbyists to fight the cuts. Hundreds of taxpayer-supported TV, radio and Web outlets have partnered with an advocacy campaign to facilitate emails and phone calls to Capitol Hill for the purpose of telling members of Congress, “Public broadcasting funding is too important to eliminate!”

Lobbying is not an invention of public radio or television, nor is it illegal, nor even frowned upon in Washington. A phone call from a constituent is actually ideal, because it is exactly the way lawmakers can gauge the real public pulse.

But if PBS can pay Ms. [Paula] Kerger $632,233 in annual compensation—as reported on the 990 tax forms all nonprofits are required to file—surely it can operate without tax dollars.

While CEO pay may be disproportionately high, there is no network executive that earns less than three times what she does, and she coördinates more original programming, more stations and more journalists than almost any of her counterparts.

That means she’s getting a third of the pay for twice the work, and it’s all for public broadcasting.

Rush Limbaugh gets more than $38 million, Jay Leno gets $30 million, but it’s unlikely that anyone is getting rich in public broadcasting.

I have worked as a writer and editor on more than a dozen media upstarts over the past nine years, some of them remarkably well-funded, and none of them have been able to scratch the surface.

…Americans have thousands of news, entertainment and educational programs to choose from that are available on countless television, radio and Web outlets.

Yes. Some are liberal, many are Fox (check the news aggregators if you doubt this) and the remaining majority are unfunded bloggers regurgitating whatever they’ve already read with limited original research. When the next big story breaks, readers need funded writers on the ground. Media mega-mergers have already reduced the breadth of journalism and already hampered by the 1985 revocation of the Fairness Doctrine.

Last year it got $420 million. As Congress considers ways to close the $1.6 trillion deficit, cutting funding for the CPB has even been proposed by President Obama’s bipartisan deficit reduction commission. Instead, Mr. Obama wants to increase CPB’s funding to $451 million in his latest budget.

To keep this in perspective, the total subsidy to public broadcasting, TV, radio and internet combined, would be 0.01% for the 2012 budget year. That’s one-hundredth of one percent. This is not a serious consideration to the total budget. 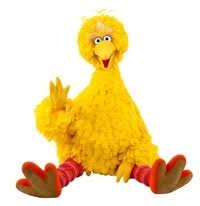 It’s curious that these years were chosen instead of, say, 2008, 2009 or 2010, all years since the recession began and retail sales of discretionary items have fallen sharply. Regardless, nobody gets rich off of Elmo. All of that money goes back to programming, literacy campaigns, and building a rich, vibrant, free, ad-free website for school teachers to share with children eager to have fun while still learning.

Sesame Workshop President and CEO Gary Knell received $956,513 in compensation in 2008. With earnings like that, Big Bird doesn’t need the taxpayers to help him compete against the Nickelodeon cable channel’s Dora the Explorer.

What’s missing is the fact that, if this same CEO goes over to Nickelodeon, which he may very well at some point, he’ll earn three to five times as much for clearing a much lower bar. Conservatives live by the mantra that we can’t stifle executive pay, and the Senator may want to admit that this isn’t exorbitant by the standards set by the Republican right. After all, it was Senator John McCain that said rich is $5 million.

It’s difficult to respond if the problem is that they shouldn’t get federal funds, while complaining that they are raising money on their own, so let’s look at the rest of the claim instead.

Soros did not donate the money to hire additional reporters. The donation went to general operations. In fact, PBS/NPR/CPB cut the number of reporters in recent years, but even the math on this claim doesn’t pencil out. $1.8 million divided by 100 reporters would only amount to an $18,000 salary. That’s $8.65/hour excluding employer paid costs like L&I and FICA. That’s less than the minimum wage in Washington state, and less than it costs McDonalds to hire full-time staff.

When NPR receives million-dollar gifts from Mr. Soros, it is an insult to taxpayers when other organizations, such as MoveOn.org demand that Congress “save NPR and PBS” by guaranteeing “permanent funding and independence from partisan meddling,” as the liberal interest group did last month.

One could also say that donating money to a government-sponsored entity is patriotic. Trying to connect MoveOn.org to this discussion is a red herring. If one person purchases collectible stamps from the Post Office, effectively donating without even getting a tax break, and then some organization (related to them or not) goes to congress and asks for guaranteed funding for USPS, it’s awfully hard to suggest a correlation.

But let’s be honest; this has nothing to do with the budget. A similar savings could be had by eliminating one bridge project or by trimming the Agricultural Marketing Service to $804 million. Senator DeMint didn’t vote to stop funding the F22 program until 2009, and those aircraft cost $150 million each. Even Voice of America has a budget in excess of $200 million.

This is just the next wave of Republican attacks on public broadcasting. President George W. Bush tried to slash funding in 2007, and conservative news outlets are still eager to jump on the budget crisis as an opportunity to stifle non-conservative voices.

CPB, NPR and PBS are not the liberal bastions described by conservative news outlets. If they were, they would violate the Public Broadcasting Act of 1967, and it would be a crime. One would certainly expect such criminal activity, had it existed, to have been investigated and prosecuted during the George W. Bush administration.

A 2008 study concluded that there are roughly equal numbers of liberal and conservative NPR listeners. There was also the whole fiasco in 2005 when the elusive Fred Mann was paid to fabricate a study of purported liberal bias.

Calling it an “easy decision,” DeMint and colleague Tom Coburn have taken the war of words up a notch, and submitted a bill to formally strip all funding from CPB. This would be an easy way for a conservative to quiet moderate voices, but the bill looks at this point unlikely to pass. Facing a Democratic majority in the Senate, plus the veto power of the President, it’s unclear exactly what the objective is.