In early February of this year, Arizona Senator Jon Kyl signaled his intention not to run for a fourth term. After over a quarter of a century in public service, the 68 year old declared that it was time to retire. He did leave the door open to a possible Vice Presidential seat if he were so offered. As minority whip, Kyl is considered one of the top Republicans in congress and was a likely shoo-in for reelection. 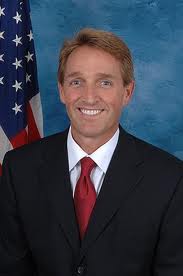 Sixth District Congressman Jeff Flake has already declared his candidacy for Kyl’s seat. Flake has a long family history in Arizona politics. His Uncle has already been a Senator and Flake was born in the town of Snowflake AZ; named after his great-great grandfather, Mormon pioneer William Flake. Jeff is considered a budget hawk and is well liked in Arizona.

According to Politico, other possible GOP replacements for Kyl are former-Representative John Shadegg, Tucker Quayle (brother of Representative Ben Quayle; sons of former Vice President Dan Quayle), and J.D. Hayworth, who unsuccessfully ran for John McCain’s seat recently. All have expressed interest in running for the seat with the exception of Shadegg, who recently vacated the 4th District seat Ben Quayle now holds. He has remained mum on the issue so the speculation is likely from insiders.

Then, of course, there’s the wild card of Representative Gabrielle Giffords. Giffords had already declared she would consider running before the tragic events this past January if Kyl retired and there is much speculation that she would have a bit of a ‘hero’ bump as a result of her seemingly incredible recovery. But the situation is not so simple in a brain injury scenario as 538Refugees own Monotreme points out in his most excellent article. Only time will tell if she is capable of not only running for but performing the job.

And we can’t have this discussion without considering the Tea Party. Arizona has been receiving a fair share of negative attention lately, most notably for the immigration issue. The Tea Party has been front and center of the matter. The author of the controversial immigration law, State Senator Russell Pearce, is widely believed to be the likely candidate in that regard. 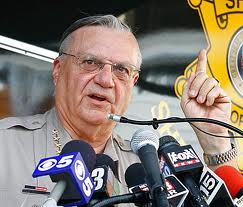 Finally, not one to let a little national publicity go to waste, Maricopa County Sheriff Joe Arpaio has hinted that he might be interested in a run. He is currently campaigning for a sixth term as Sheriff and has stated that running for Senate is dependent on whether or not he decides to continue as Sheriff. Interestingly, a recent poll by the Summit Consulting Group determined that Arpaio had a lead over other potential candidates.

This promises to be a hotly contested race. As Nate points out, the overall partisan orientation in Arizona isn’t all that clear. Obama didn’t perform well in Arizona in 2008 but then he was fighting the home team advantage of John McCain. Nate does posit that Obama would’ve had roughly 49% percent of the vote had McCain not been in the equation. It’s also unclear what effect the immigration controversy and the Tuscon shootings have had on voter interest. Other factors include the rising Hispanic population (best guess is they vote Democratic. See Governor Jan Brewer and the aforementioned Tea Party candidate) and the rising population of largely white, Republican retirees.

Gallup polling suggest the state is lean Republican as of 2010. Expect to see a large Democrat GOTV push for 2012.

Mr. Universe is a musician/songwriter and an ex-patriot of the south. He currently lives and teaches at a University in the Pacific Northwest. He is a long distance hiker who has hiked the Appalachian Trail and the Pacific Crest Trail. He is also an author and woodworker. An outspoken political voice, he takes a decidedly liberal stance in politics.
View all posts by Mr. Universe →
This entry was posted in Senate Seat Series and tagged Ann Kirkpatrick, Ben Quayle, Dennis Burke, Gabrielle Giffords, J. D. Hayworth, Janet Napolitano, Jeff Flake, Jim Pedersen, Joe Arpaio, John Shadegg, Jon Kyl, Phil Gordon, Russell Pearce, Terry Goddard, Tucker Quayle. Bookmark the permalink.