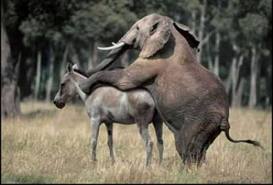 Republicans are addicted to sex. And when I say this I’m not referring to the likes of David Vitter, John Ensign, Mark Foley, Larry Craig, Newt Gingrich and Mark Sanford, among many others. At least those men have been honest enough to act on their sexual urges. I’m talking about the legions of right-wing politicians and voters who are addicted to dark, private, obsessive thoughts about sex, and who devote so much energy to brooding about the sex lives of others.

An addiction is defined as a physical or emotional need that is all-consuming, almost impossible to resist, and has enough negative consequences to cause significant difficulties in one’s life. Consider what the Republican party is prepared to sacrifice in order to feed its addiction. They just came within a hair of shutting down the government—and thereby destroying their standing with independent voters—in order to defund Planned Parenthood, of all things. They are prepared to significantly weaken the military over Don’t Ask Don’t Tell. They are rapidly losing credibility with the public over their intractable opposition to gay marriage. And yet their addiction drives them onward in a self-destructive orgy of indulgence.

Of course, Republicans will tell you none of these issues are related to sex at all; they are about “the sanctity of life” and “Christian morality.” But the facts simply do not bear this out.

First, let’s look at the issue of babies born through in vitro fertilization. Experts estimate that more than 250,000 babies are born through IVF in the US every year and because the whole process can be lengthy, difficult and often hit-or-miss, an average of ten fertilized embryos need to be created from supplied sperm and harvested ova for every successful live birth. That means over two million viable embryos annually are either destroyed during the laboratory process or discarded afterwards. An additional 400,000 embryos are being stored in fertility clinics at any given moment, almost all of which will also be eventually discarded. In fact, more fertilized embryos are routinely destroyed at fertility clinics than are “murdered” at abortion clinics. But do we see Republicans furiously picketing fertility clinics or presenting bills in Congress to get them shut down? Of course we don’t. And what is the difference? Those aborted fetuses were created not in petri dishes but in the course of sexual activity. The difference is sex.

What about contraception? Reason and common sense would dictate that the single most effective way to reduce the number of abortions and thus preserve the “sanctity of life” would be to make effective contraception more readily available to everybody. But congressional Republicans are also opposed to the provision of contraception. Their most recent salvo in the war on contraception was Bill H.R. 538, which attempted to undo the provisions of the Affordable Care Act regarding contraception. Bill H.R. 538 contained a loophole allowing states to exempt any insurance plan from a requirement under the Affordable Care Act that insurance plans cover birth control or any other essential health benefits if complying is against its—the health insurance plan’s—“moral convictions.” Also, 35% of Planned Parenthood’s activities involve provision of, and counseling about birth control (as opposed to 3% which involves abortion services.) How could any person who is strongly opposed to abortion also have “moral convictions” that oppose birth control? It seems like a baffling contradiction until you realize it’s not about abortion at all…it’s all about controlling sex.

Finally, let’s look at the Republican stance on gay rights. All of their literature, including their party platform, says they remain committed to equal rights for all Americans. Yet they continue to oppose (and attempt to forbid through legislation) the right of gay people to serve openly in the military or marry the ones they love. They persist in this policy even though their opposition puts them squarely on the wrong side of both public opinion as well as history. Polls show that 75% of Americans support the repeal of DADT and 61% of people born after 1980 see “nothing wrong with gay marriage.” Consider this position for a moment. Republicans support all the “human rights” of gay people, but oppose open service and gay marriage. Why? Because “rights” are an abstract concept relating to what a person is. Open service and gay marriage constitute an active, public, legal acceptance of what that person does. The difference is SEX. 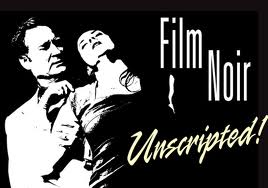 Here's looking at you, kid

The Republican party’s dark addiction to the idea of sex, and their compulsive need to constantly be thinking about and meddling in the sex lives of others, makes it impossible for them to let go of these issues, get on with the business of sensible governance, and allow their fellow citizens to live in peace. Like all addictions, it is costing them dearly and will inevitably lead to their downfall if they can’t somehow get it under control.

Republicans simply can’t win on this one. They are fighting against an immutable, unstoppable force. Political parties may rise, ideology may fall, but sex…that’s inevitable.

Filistro is a Canadian writer and prairie dog who maintains burrows on both sides of the 49th parallel. Like all prairie dogs, she is keenly interested in politics and language. (Prairie dogs have been known to build organized towns the size of Maryland, and are the only furry mammal with a documented language.)
View all posts by filistro →
This entry was posted in Uncategorized and tagged David Vitter, John Ensign, Larry Craig, Mark Sanford, Newt Gingrich, Planned Parenthood, Republican, Sex. Bookmark the permalink.