Sundays bring us the political talk shows. If you see something interesting on one of them, jump on the comment board and talk about it. Unsurprisingly, the national budget and debt are the major topics of the week, though there’s a touch of Libya as well. According to Politico, here is the lineup for this week’s shows: 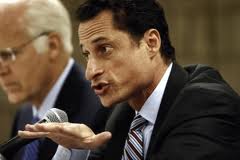