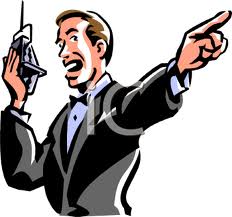 (Updated, May 16, 2011. To no one’s surprise, Trump has bowed out of consideration for the Republican Presidential candidacy after NBC renewed ‘The Apprentice’. Many speculated that his interest was merely a publicity stunt and it turns out this was the case despite Trump’s repeated denial to the contrary.

Trump’s poll numbers briefly hit a high mark of second place after he inflamed renewed interest in the President’s birth certificate non-troversy. When Hawai’i released the long form of the birth certificate, the issue became problematic for Trump. Following a scathing roast of Trump at the White House Correspondent’s Dinner and the subsequent killing of Osama bin Laden sucking all the media attention away from The Donald, Trump’s poll numbers plummeted almost 20 points. It was only a matter of when and not if Trump would drop out.)

I tried to ignore Donald Trump but his proliferation of every media outlet means we would be remiss if we didn’t address at least his influence on the campaign so we may as well get this over with. 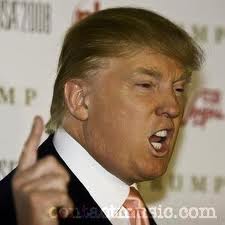 Donald Trump was born in 1946 to a self-made real estate tycoon so he comes to his profession honestly. Trump eventually attended the famed Wharton School of Business at the University of Pennsylvania where he earned a BS in economics with a concentration in finance. Afterwards he went to work for his father’s company and has headed the Trump empire since he took over in 1971. ‘The Donald’ (a nickname accidentally coined by his first wife from the Czech Republic) has been married three times and has five children.

Trump has always had a knack for capturing media attention as a means of valuing his properties. Many buildings with his name on it aren’t even owned by the Trump Organization. He merely licenses his name in order for their owners to command higher rent prices. Trump’s fame is eclipsed only by his signature double comb-over hair style which he has refused to alter over the course of his career.

The Trump Organization has dabbled in myriad investments; some successful, some not. Some of those properties include casinos, golf courses, a brief ownership of a USFL football team, The Miss Universe and Miss USA pageants, Trump University (a business school in which he was forced to drop the term 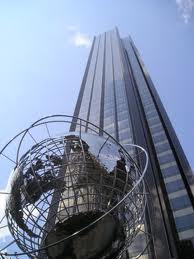 ‘University’), and his television production company which, of course, includes the current NBC show, ‘The Apprentice’. Trump has made numerous television appearances usually playing himself or a caricature of himself.

The Trump Organization has not always had financial good times. Several of his properties; most notably the casinos, have previously gone into bankruptcy and there are pending lawsuits involving other properties post-real estate bust. Forbes estimates Trump’s current net worth at $2.7 billion with an annual salary of $50 million.

Most recently, Donald Trump has expressed an interest in running as the Republican candidate for President of the United States. Many critics, including some on his own network, dismiss this as yet another publicity stunt designed to increase the ratings of his television show (or at least ensure its renewal). Trump has taken a few outrageous political stances and flip-flops from previous views. In particular he has stoked the far right birther controversy over President Obama’s birth certificate. He has stated that he thinks Obama will go down as the “worst President in history” and just yesterday he began to question the legitimacy of President Obama’s Ivy league education.

Despite the criticism, several polls show Trump as the lead candidate over all other Republican contenders. It’s possible that the Republicans fielding a shallow bench against Trump’s notoriety is causing the high numbers. But a USA Today/Gallup poll shows that 64% of all Americans would not vote for him. 46% of Republicans would not vote for him. Lawrence O’Donnell clams this will all be over when NBC renews the Apprentice on May 16th.

What do the 538Refugees think? Is Trump serious about running for President? Can he win? And would he make a good President?

Mr. Universe is a musician/songwriter and an ex-patriot of the south. He currently lives and teaches at a University in the Pacific Northwest. He is a long distance hiker who has hiked the Appalachian Trail and the Pacific Crest Trail. He is also an author and woodworker. An outspoken political voice, he takes a decidedly liberal stance in politics.
View all posts by Mr. Universe →
This entry was posted in Contender Series and tagged Donald Trump, Trump Organization, Trump Tower. Bookmark the permalink.

17 Responses to In This Corner…Donald Trump