In This Corner…Third Party Candidate

In this corner… is an ongoing series looking into the viability of potential candidates for the 2012 Presidential race.

Something that has yet to be seriously entertained is the possibility of a third party candidate for President. There is a host of perennial candidates who have run multiple times previously but are never taken very seriously either because they lack credentials or do it as a publicity stunt. As such we won’t devote much serious thought towards those candidates. 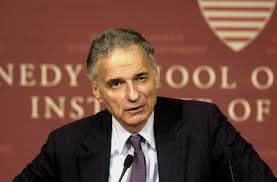 But what of those candidates who should be taken seriously? Are there some Ralph Nader’s out there that are thinking of running for 2012? Nader has always been taken seriously because of his political and consumer activism. Many blame him for causing Al Gore to lose to George W. Bush in 2000 as the spoiler candidate, or the third party candidate who siphons votes from either Democratic or Republican candidates. Spoilers are a key component to Duverger’s law, a political science principle that states that a plurality rule election favours and preserves a two party system. Often referred to as the ‘Nader effect’ spoilers have been around since the founding of the country when Charles Pinckney allegedly denied a victory to John Adams and made Thomas Jefferson our third President. Other notable spoilers have been Teddy Roosevelt and George Wallace.

Let’s look at the current crop of alternate parties and candidates.

The Green Party has been the most visible party in the new century not just in America but in other parts of the world such as Germany where they actually win races. Nader has run as a moderately successful Green Party candidate previously and in fact the party’s legitimacy is tied to him. Nader recently told CBS, Slate, and Fox News that he has not ruled out the possibility of running for President in 2012. Currently there are two people from California actively seeking the Green Party nomination for 2012.

As expected the Green Party ideology is focused on environmentalism but also social justice, diversity, peace, and non-hierarchical participatory democracy. Consequently, it isn’t very corporation friendly and in fact will not accept corporate donations. While this ideology sounds nice in theory it will likely mean a third place finish for any candidate in the future.

The Libertarian Party party claims to be the third largest and fastest growing political party in the United States. Founded in 1971, they were the first third party to have a candidate on ballots in all fifty states. Their mantra is maximum freedom, minimum government. They are the laissez-faire capitalists who desire minimal regulation of markets and favour non-intervention in foreign policy. The party platform states, “The only proper role of government in the economic realm is to protect property rights, adjudicate disputes, and provide a legal framework in which voluntary trade is protected”. Libertarians have experienced a resurgence of interest due to the rise of the unofficial Tea Party in 2008. To avoid the third party curse, many Libertarians such as Ron Paul run as Republicans with a Libertarian platform.

Libertarians hold several controversial positions such as legalizing drugs, prostitution, removing restrictions from gambling, pornography, and homosexuality. They do stop short of being pro-choice by claiming that it’s none of their business. Ron Paul, an obstetrician by trade, is strongly pro-life. R. Lee Wrights, an author from Texas, is currently the only Libertarian candidate.

The Constitution Party formed in 1991 as the US Taxpayer Party is a socially and fiscally conservative party. They could also be considered the anti-immigration party for their strong stand on illegal immigration. Several years ago they absorbed remnants of the American Independent Party which was George Wallace’s party in 1968. Much of that party still existed in southwestern states (hence the immigration stand) and George Wallace campaign buttons can still be found in antique/curio shops in the area.

The party platform is based on literal wording of the Constitution, Declaration of Independence, the Bible, and the Bill of Rights. They also continue discussions with other smaller state third parties about a potential merger into a stronger independent party. Fiscally similar to libertarians, the Constitutionalists differ on social policy in that they take more restrictive stands on abortion, pornography, and other issues of morality. 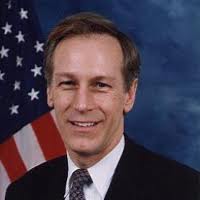 Currently the Constitution Party is advocating former Representative Virgil Goode of Virginia to be its candidate. Goode served as a Democrat, Independent, and Republican for Virginia so he seems as undefined a candidate as any for nominee.

Other third parties include the Socialist Party, which was one of the older third parties in America founded in 1901 long before the word socialism gained a negative reputation. Eugene Debs was its most notable candidate. The party dissolved in 1972 but has made a comeback in recent decades. There are also numerous independent parties but most of them have not gained enough national momentum to compete with the two major parties though they have proven viable on a state level.

A recent Rassmussen poll (note: we’ve previously been critical of Rassmussen’s methodology on this blog) indicates that 30% of likely voters would favour a third party candidate given the current field of candidates available. Which brings up the topic of the Tea Party movement. The Tea Party is not an actual political party yet but it’s possible that it could be headed in that direction. Parallels have been drawn to the Whig Party of the 19th century as a reactionary party. Others have suggested that the Tea Party movement is nothing more than a rebranding of traditional Republican or Libertarian policies.

But legitimate or not, the movement has grown enough that Republican candidates fear invoking the ire of its constituents and have typically moved to far right positions to curry favour with their professed members. So while it is doubtful that we’ll see an actual third party Tea Party candidate for 2012, it’s almost certain that the effects of the movement will be felt. Whether that bodes well for the Republican Party or not remains to be seen.

What will be surprising is whether a serious Green Party candidate joins the race to oppose President Obama. If that happens, the Republicans might just get their spoiler again.

(Ed. Note: a previous version of this article mentioned Ross Perot as a potential spoiler in the 1992 elections. Historical evidence does not bear this out)

Mr. Universe is a musician/songwriter and an ex-patriot of the south. He currently lives and teaches at a University in the Pacific Northwest. He is a long distance hiker who has hiked the Appalachian Trail and the Pacific Crest Trail. He is also an author and woodworker. An outspoken political voice, he takes a decidedly liberal stance in politics.
View all posts by Mr. Universe →
This entry was posted in Contender Series, Uncategorized and tagged American Independent Party, Constitution Party, Green, Libertarian, Ralph Nader, Republican, Ross Perot, Tea Party movement, Third party (United States), Virgil Goode, Whig Party. Bookmark the permalink.

1 Response to In This Corner…Third Party Candidate