Lately everyone seems to dislike the President. It’s obvious that Republicans as a whole have never taken him seriously but this week several progressive Democrats have been taking shots at him. At the sixth annual Netroots Nation Conference in Minneapolis this past weekend Anderson Cooper, Dan Choi and others really lambasted the President; or more specifically, sacrificial lamb Dan Pfeiffer sent by the White House, over gay rights. Al Gore has an article in Rolling Stone tomorrow that is critical of Obama’s lack of movement on global warming, and critics continually admonish him for not having solved the immigration issue. Republicans, not normally noted for shying away from a good old war, have been vociferously criticizing the involvement in Libya.

Last night, President Obama gave a somewhat lackluster address to the nation regarding troop drawdown in the wake of the death of Osama bin Laden. Many (myself included) have expressed disappointment that the timetable and number of troops to be withdrawn was just a business as usual move that wasn’t really any different than the already planned timetable. Without specific knowledge of actual conditions in Afghanistan, it’s difficult to keyboard quarterback the President’s decisions. It is apparent, however, that the nation has grown weary of our involvement in the Middle East and would prefer a more expeditious exit strategy.

I’m not sure if the timing of all this piling on is a coincidence but the media lost no time running with the ‘everybody hates Barack’ meme. And not long ago the President was a world hero for catching and killing bin Laden but even then some media outlets were already setting up the self-fulfilling prophecy that the bin Laden bump would only be temporary. Their tea leaves seem to be telling them that Obama is in danger of losing his gay, latino, and independent voters if he doesn’t stop 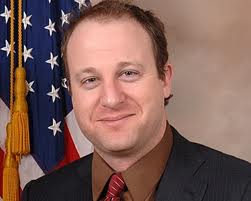 global warming, bring world peace, cure aids, and give everyone a golden unicorn by the end of the year. Nothing the media does is surprising anymore. The collapse of normal media outlets and the ease with which sensationalism permeates the industry means that there must always be some kind of conflict. It makes for good drama and candy for advertisers.

Not everyone has been so negative. On The Last Word with Lawrence O’Donnell the other night Rep. Jared Polis (D-CO); the nation’s first elected and openly gay congressman, had this to say about President Obama’s position on gay rights:

President Obama has been the best President we’ve had on issues of equality and like so many Americans, so many uncles, aunts, and grandparents, he’s going through a journey on this issue. It’s a difficult issue for people to wrestle with that involves (elements) of faith and of tradition and I’m confident that he’ll wind up in the right place just like I’m confident America will wind up in the right place but it’s a process to get there and we need to honour that.

He made a courageous decision not to appeal the decision on DOMA so he’s basically said the government shouldn’t be defending a law that’s blatantly unconstitutional. It took a lot of courage to get out in front of DADT, it took a lot of courage to sign an anti-hate crimes bill so he’s doing everything that he can for our community. Now he’s got a congress right now that he can’t get any equality bills out of and we need to turn that around but he’s shown (that) he’s willing to work with us.

Polis went on to compare the President’s record with that of Republicans noting that there are strong contrasts with President Obama and the Republican field. Almost all of them have voiced in some form or another their support of DOMA and President Obama will likely face Republicans who want to repeal DADT or insert discriminatory language into the Constitution regarding gay rights.

It is understandable that people are impatient for changes on things they care a great deal about. Gays have every right to want to be recognized as equals. I am personally invested in taking steps to quicken the pace of combatting global warming. And everyone is invested in improving the economy or as Van Jones put it ‘More peace and prosperity, less war and austerity’.

But for Progressives to threaten not to support the President is misguided and unproductive. Critics of Obama will not fare any better under Republican rule and right now, there doesn’t appear to be anyone on the planet who could do a better job than Barack Obama has done. Those who wish to punish the President are only doing themselves and their agenda harm. They’re blaming the wrong guy. Instead they should be focusing their energies on the obstructionist agenda of Republicans, ignoring the distractions of irrelevant Republican arguments like NPR, Planned Parenthood, unions, etc. They should be rising up against this assault on the middle class that is being perpetuated at an alarming pace. Yet, they choose to be angry with the President.

Politics is much like chess; ironically, a Persian game where ‘checkmate’ literally means ‘death to the King’. Chess is played in four dimensions and one must always be looking several steps ahead in a quantum sort of vision of potential outcomes. Those who say the President has broken his campaign promises do not see into the future the possible outcomes. They only see what doesn’t exist in the present.

If the President’s critics really want to improve conditions they need to re-elect President Obama and they should work tirelessly to give him a Democratic House and Senate for 2012 to 2016. The second term is where the President will be least encumbered by deadlines and least threatened by Republican hostage taking.

If the President has not lived up to his promises after 2012, I will join in the criticism as well. But not before then.

Mr. Universe is a musician/songwriter and an ex-patriot of the south. He currently lives and teaches at a University in the Pacific Northwest. He is a long distance hiker who has hiked the Appalachian Trail and the Pacific Crest Trail. He is also an author and woodworker. An outspoken political voice, he takes a decidedly liberal stance in politics.
View all posts by Mr. Universe →
This entry was posted in Uncategorized and tagged Al Gore, Daniel Pfeiffer, Gay rights, Global Warming, Jared Polis, Netroots Nation, Van Jones. Bookmark the permalink.