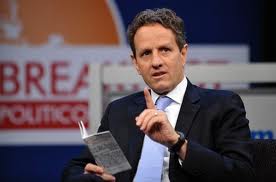 The never ending game of chicken continues as lawmakers gather in DC to broker a deal on the debt ceiling. The ever hopeful President still somewhat naively thinks that Republicans actually want to make a deal when every statement they make seems to echo their intent to hurtle the economy over the cliff.

The White House has reportedly ruled out a Fourteenth Amendment override suggested by Treasury Secretary Tim Geithner in favour of brokering a deal. There are rumours that cuts to social security and medicare could be fair game.

Courtroom drama. A contentious court battle comes to an end in the Casey Anthony matricide trial. The not guilty verdict surprises a lot of people and the inevitable OJ Simpson comparisons begin to crop up.

In Media, Rupert Murdoch’s empire takes a blow as he shuts down one of his most lucrative publications, the 168 year old News of the World tabloid in Britain, over over an apparent phone hacking scandal involving murder victims and families of fallen soldiers. It looks as though some people will serve jail time over this.

Mr. Universe is a musician/songwriter and an ex-patriot of the south. He currently lives and teaches at a University in the Pacific Northwest. He is a long distance hiker who has hiked the Appalachian Trail and the Pacific Crest Trail. He is also an author and woodworker. An outspoken political voice, he takes a decidedly liberal stance in politics.
View all posts by Mr. Universe →
This entry was posted in Free Forum Friday. Bookmark the permalink.