The Fine Line Between Reason and Treason 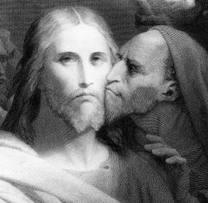 There’s a presumption in politics that elected officials  run for office because they want to enact policies that are beneficial to the constituency that elected them. Some view it as a calling, others as a means of influence. But all elected officials rely on one thing and that is that there are enough people who believe that a particular politician will make things happen that will benefit them broadly and hopefully even personally. They trust that the elected official will work to make their community a better place to live and foster a business atmosphere that will allow them to earn a decent living. They trust that their elected officials will fight against those who would take advantage of their community by polluting or creating working conditions that are sub-par. We elect representatives; the best amongst us, to represent us, to fight for us. We send them to Washington D.C. to stand for our interests. Hopefully, we picked the best person to do the job. And if we didn’t choose well we give them the boot in the next election.

But what if the representative isn’t all that interested in representing our interests? What if their goals are of a more personal nature? They would need to fool a lot of people in order to get elected. It’s happened before but usually the public figures it out pretty quickly and that reign is short lived. But what if a group of elected officials morphed over time to adopt a set of ideals that didn’t match their collective constituents? What would that look like? Sure they show up and deliver stump speeches about jobs, education, social justice, firm stand on crime, etc. But then they get to Washington D.C. and the party tells them that they need to get on board with the current ‘Damn the Torpedoes’ campaign against the President. What’s a freshman representative to do?

And what if a group of conservative voters believed the party line enough to keep voting these representatives into office even knowing that those folks weren’t necessarily motivated to adequately represent them? What if the scare tactics were so effective that they felt compelled to repeatedly vote against their own self interests? What if they believe the rhetoric that it’s more important to get rid of the Obama administration than any other consideration? I think such a scenario exists today.

A commenter on Nate’s blog the other day put it succinctly:

1.) Why did the so-called, self-styled ‘conservative’ voters keep quiet when THEIR administration and congress raised the debt ceiling 7 times in eight years?

2.) Why is it that in the last half a century, only a Democratic administration balanced the budget? Why are history’s biggest budget busters also iconic Conservative Republicans?

3.) The lone Republican President who balanced the budget half a century ago is never lionized by the ‘conservatives’. He is called a ‘moderate’ (a pejorative term in their lexicon). Why so?

Diagnosis: The GOP is suffering from a disease called ‘Fiscal Bipolar Disorder’. It makes them go in to a spending binge while in office and a balance-the-budget-rage when they are out.

Former Florida Representative Alan Grayson (famous for his ‘Don’t get sick and if you do, die quickly’ take on Republican views of health care) refers to the current political divide as the Meanies vs. the Weenies.

House Majority leader Mitch McConnell has already admitted that his one overarching goal is to defeat Obama and make him a one term president. That’s all he cares about. He doesn’t care that we elected him democratically. Democracy be damned. We don’t need a nigger-in-chief.

Now faced with the necessity of raising the debt ceiling, Republicans are walking away from negotiations. But they aren’t doing it on principle. Most of the budget items are compromises that have been made to appease them. The Obama administration has bent over so far backwards that they risk losing support of their own base. But therein lies the fallacy. There’s that presumption that all parties are here in good faith to reach a compromise. What the President needs to embrace is that the Republicans have no intention whatsoever of compromising. Their only desire is to disempower the President at all costs. Even if it means the destruction of the economy. The reason for taking this extreme stand is simple; Republicans have nothing left to lose.

The Republicans know what will happen if we default on the nation’s debt. I think they have an irrational belief that they can fix it once Obama is out of office. They know that not raising the debt ceiling will plunge us into a depression. Owners of US stocks and bonds will take a hit as their value plummets. 401K funds will take a hit after rebuilding from the last crash. The stock market will plunge below 10,000. Hyperinflation will run rampant. The paper money in your pocket will be more valuable as kindling for starting a campfire. All lending will stop. No college for your kids. Even if you can get a loan the interest rates will be astronomical. And you thought unemployment was bad now? 20% will be the new norm. In the armed services? Good luck catching a ride home. The military will be one of the first things that won’t get paid. Wonder if those soldiers will be willing to put their lives on the line for free? Your Grandma who relies on Social Security will take a hit (a conservative wet dream). Forget that vacation abroad; your money will be no good there and besides, foreign counties are going to be broke because they invested in the US dollar. And you thought this was a local problem. Medicare payments won’t be made causing health care costs to skyrocket. Finally, no nation on the planet will trust us again. We will become a third world economy.

All of this will leave us exposed and vulnerable to foreign influence. You may as well have dropped a garrison of foreign troops off to take over Manhattan because the results will be the same. Knowingly engaging in a premeditated policy that will cause this nation harm particularly when there is a reasonable way to solve the problem is no different than hiring an army to invade us. Crashing the economy on purpose, regardless of your motives, is seditious.

We have a word for that…

Mr. Universe is a musician/songwriter and an ex-patriot of the south. He currently lives and teaches at a University in the Pacific Northwest. He is a long distance hiker who has hiked the Appalachian Trail and the Pacific Crest Trail. He is also an author and woodworker. An outspoken political voice, he takes a decidedly liberal stance in politics.
View all posts by Mr. Universe →
This entry was posted in Conspiracies, Uncategorized and tagged Alan Grayson, GOP, Mitch McConnell, Party leaders of the United States House of Representatives, Republican. Bookmark the permalink.