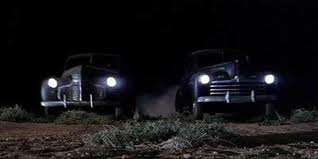 Rebel Without a Cause

As the debate rages on in the never ending game of chicken in Washington politics, the machinations are baffling to observe. It’s little wonder that polls have negative numbers for both parties at almost all time highs despite the obvious brinkmanship of the Republicans. Independent voters who don’t necessarily follow politics might not be blamed for distaste for either party because from their perspective, some of the things politicians are arguing over don’t make any sense.

For example: MSNBC’s Andrea Mitchell pointed out on Meet the Press yesterday that several people are wondering why we even have a debt ceiling at all. To some, the debt ceiling looks more like a borrowing target. Most nations don’t have them and let their debts rise automatically as they see fit.

Another example is, why has this become an issue now when it has previously been a perfunctory measure in the past? Several times in the past, to be exact. Republican administrations have raised the debt ceiling almost twice as much as Democratic administration. Ronald Reagan, the paragon of the Republican party values, raised the debt ceiling eighteen times during his presidency; more than any other President.

Many people don’t understand the debt/deficit relationship. The deficit is how much government spending exceeds tax revenue during a year and the debt is the accumulated deficits both past and present. Simply put, we have been spending more than we earn. Guess which party was largely responsible for most of the spending in the past decade? If you guessed Republicans then you win a prize (actually, you win a voucher; a fancy term for coupon).

Clinton left office with a surplus in the budget. The first thing President Bush did was spend that surplus in the form of tax cuts and further limiting incoming revenue. The Bush tax cuts were only approved by Congress upon the condition of a ten year limit because of the well founded fears that the situation we are currently in would develop. The people that benefited most from these tax cuts, unsurprisingly were the wealthy and corporations. They’ve become a little too comfortable with them to give them up. Hence the first hostage taking act back in late 2009 when President Obama allowed the tax holiday to be extended an additional two years so that he could get Republicans to agree to passage of several items on the Obama agenda. It is now becoming painfully clear that the cardinal rule of never negotiating with hostage takes is a valid rule.

On top of the decrease in revenue, President Bush took the nation into two unfunded wars and a couple of other things we couldn’t really afford but sounded good in theory such as the Medicare prescription drug bill and the economic bailout of 2008. The latter was ironic given that much of the collapse of the financial sector was of the Bush administration’s own doing. But Republicans have been historically adept at mismanaging the budget when running the country and successfully getting Democrats to believe they are to blame for it when they are not in power.

Another thing that doesn’t make sense is the question that if the failure to raise the debt ceiling will have such dire consequences not only to America but to the world economy then why is the debt ceiling tied to all this other stuff? Just raise the ceiling and worry about fixing the budget afterwards. One can cut spending without jeopardizing the security of the nation. A couple of things to note here are that no one really expects that the Bush tax cuts will be extended again after 2012 and since all but seven Republicans in Congress have signed Grover Norquist‘s No Tax Pledge they have already declared themselves against letting tax rates go back to the rates of the Clinton era. Two, they know that this $14.3 trillion debt that they are largely responsible for is going to have to be addressed. The one thing that the rich and corporations have made clear to Republicans is that they will not be the ones to help clean up the mess. Thirdly, The Republican party has been on a thirty year reign of terror to dismantle the ideals of government that America adopted since way back in the days of Franklin Roosevelt. Their whole goal is to, as Grover Norquist instructed them to do, “make [government] small enough to drown it in a bathtub”. They envision a government with no social security, universal health care, Medicare, etc. and instead one where only wealth controls the country and government’s main responsibility is to provide a military defense, or rather to protect the wealthy few.

So, Republicans can afford to hold America hostage because in one scenario they get all they want; trillions in spending cuts that would gut the US Government. In another scenario they get a short term solution that makes the Democrats look impotent (not terribly difficult to do) which just gives them more opportunities to create this distracting hostage situation again and again which is why Obama has been adamant to solve this once and for all. This would amount to death of the Obama administration by a thousand cuts, so to speak. In yet another scenario, Obama pulls something unusual out of the toolbox like invoking the Fourteenth Amendment and bypasses all the brinksmanship in Congress. This will likely send Republicans into a faux outrage and they will immediately initiate impeachment proceedings giving the nine members of the Supreme Court the ability to throw Obama out of office. Five conservative judges and four liberal judges deciding on who gets to be President sounds like a movie we’ve seen before, doesn’t it?

Republicans often vociferously object to tax hikes claiming that class warfare is being waged. If they dislike class warfare so much then perhaps they should consider not waging it because it only becomes class warfare when the middle class fights back. For a group that dislikes taxes so much they certainly fail to see one indelible consequence of causing the default of the United States on its debt. If we are forced into not paying our accumulated debts, interest rates will rise on everything for everyone; Democrat, Republican, Libertarian, Tea Partier, rich and poor alike. Calamity will not discriminate. Of course the rich are likely to fare better than most.

If we default, interest rates on loans for cars, homes, credit cards will rise, 401K values will plummet (again), and inflation will run rampant. This is akin to a universal tax hike on everyone for everything. And that’s what we should be calling it; the Republican Universal Tax on Everyone. For a group that generally opposes taxes they seem to have little compunction about imposing them on the rest of us. Only this time, it will make the recession of 2008 look like a picnic.

Mr. Universe is a musician/songwriter and an ex-patriot of the south. He currently lives and teaches at a University in the Pacific Northwest. He is a long distance hiker who has hiked the Appalachian Trail and the Pacific Crest Trail. He is also an author and woodworker. An outspoken political voice, he takes a decidedly liberal stance in politics.
View all posts by Mr. Universe →
This entry was posted in Uncategorized and tagged Bush tax cuts, George W. Bush, Grover Norquist, Republican, Ronald Reagan. Bookmark the permalink.

1 Response to The Republican Universal Tax