What Has Obama Done For Me Lately? 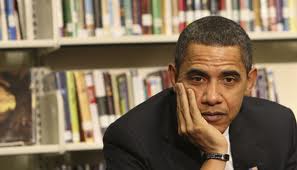 A friend and former contributor to this site is often fond of pointing out that perception is everything. It doesn’t matter that the perception is incorrect or not. If people believe something is true then it follows that it must be. Republican strategists, like Frank Luntz, are adept a creating perceptions. It’s why we have such warm and fuzzy sounding terms like ‘Patriot Act’ (who would want to be considered unpatriotic by voting against that?), ‘Homeland Security’, and ‘Operation Enduring Freedom’.

And of course there is the quaint habit of repeating something often enough that it becomes generally accepted. I saw Anderson Cooper do this during the Republican debate in Las Vegas this past Tuesday when he asked Michele Bachmann,

Congresswoman Bachmann, you also said at the last debate that everyone should pay something. Does that mean that you would raise taxes on the 47 percent of Americans who currently don’t pay taxes?

This is an oft repeated incorrect conservative meme; the implication being that half the country are tax dodgers. The actual statistic this is based on is “47% of US households don’t pay federal income taxes” for the year 2009. Either their incomes were too low, or they qualified for enough credits, deductions and exemptions to eliminate their liability. That’s according to projections by the Tax Policy Center, a Washington research organization. But as Ezra Klein points out all Americans pay some form of tax whether it be payroll tax or state and local taxes and sales taxes and various other government user fees.

As I cruise around the Internet and all the political websites I run into more and more negative opinions regarding the Obama administration. Republicans don’t even say the words Obama administration without putting the word ‘failed’ in front of it. And it echoes a growing perception amongst Democrats and independents. I think a lot of the reason for the Occupy Wall Street protests stem from frustrations that the economy hasn’t gotten better but the rich just seem to keep getting richer. Ergo, it must be the fault of the guy who promised to change all that two years ago. But it ignores the reasons behind the administration’s inability to affect change and that’s the opposition from congressional Republicans who have no interest in changing anything.

This is the not entirely untrue meme fueled by people such as newly minted Current TV show host Cenk Uygur that the entire political system is bought and paid for by corporations. So people react by saying they aren’t going to vote for Obama or aren’t going to vote at all. Well, that’s a brilliant strategy (heavy dose of sarcasm). There are only two potential outcomes for 2012; Obama or one of those really inept clowns I saw almost get into a brawl in Las Vegas Tuesday night. If you think things are bad now, I dare you to let one of them get into office.

Then there are the conservatives who think the Obama administration has accomplished nothing or has actually done nothing but cause harm to the nation. There’s one New England lawmaker who wants to try the President for treason.

To all of those conservatives, to all of the disaffected Democrats, and to all of the independents who think the Obama presidency has been an abject failure I give you the following reminder courtesy of The People’s View:

www.thepeoplesview.net (permission granted for distribution so feel free to cut and paste)

The accomplishments of the first two years of the Obama Administration:

3) A $2 billion in new Neighborhood Stabilization Funds that will allow ailing neighborhoods be kept maintained.

4) A $1.5 billion in Homelessness Prevention Funds to keep people in their homes and prevent homelessness.

5) A $5 billion increase for the Weatherization Assistance Program to help low income families save on their residential energy expenditures by making their homes more energy efficient.

7) As part of the HCR bill, subsidies will be available to the uninsured and families with income between the 133 percent and 400 percent of poverty level($14,404 for individuals and $29,326 for a family of four).

9) Increased the amount of federal Pell Grant awards so that funds are available to those with less access to have opportunity.

10) Provided $510 Million for the rehabilitation of Native American housing.

11) Expanded eligibility for Medicaid to all individuals under age 65 with incomes up to 133 percent of the federal poverty level ($14,400 per year for an individual).

12) Providing assistance to low-income workers through the Earned Income Tax Credit giving millions of working families the break they need.

13) Education being the way out of Poverty, kicked off the “Race to the Top”, a $4.3 billion program, that rewards via grants to States that meet a few key benchmarks for reform, and states that outperform the rest.

1) Coverage can’t be denied to children with pre-existing conditions.

2) Adults up to age 26 can stay on their parents’ health plans.

8) $5 billion in immediate federal support to affordable Coverage for the Uninsured with Pre-existing Conditions.

11) Made an $80 billion deal with the pharmaceutical industry to contribute to cut prescription drug costs for the nation’s seniors reduce the size of the “donut hole” in the Medicare (Part D) Drug Benefit.

>35% of employee premiums effective 2011 and a 50% tax credit effective 2013. 14) Creates a state option to provide Medicaid coverage to childless adults with incomes up to 133% of the federal poverty level. By 2014, States are required to provide this coverage.

16) Medical Loss Ratio (MLR) requires that insurance companies spend at least 80 to 85 percent of the proportion of the premium dollars on clinical services. As an example, WellPoint’s Anthem Blue Cross unit in California has reduced its proposed rate increase.

On Jobs and the Economy:

1) The American Recovery and Reinvestment Act of 2009 (ARRA) has worked. The Economy Has Been Growing – take a look at the graph of GDP growth between 2007 thru 2010.

3) Worker, Homeownership, and Business Assistance Act of 2009 that extended Unemployment benefits up to 20 weeks and more.

8) Helped make the Auto Industry start making huge profits again with Ford sales up 19% over last year. GM up 11%. Chrysler up a whopping 31%.

12) As part of the 2010 tax extension, Unemployment Insurance was extended to 7 million Americans who would have been without income.

On Banking and Financial Reform

5) Signed into law the Fraud Enforcement and Recovery Act to fight fraud in the use of TARP and recovery funds, and to increase accountability for corporate and mortgage frauds.

1) Health Care and Education Affordability Reconciliation Act of 2010 that increased the amount of federal Pell Grant awards and enabled the stripping of banks privileges as intermediaries for student loan servicing saving the US government about $68 billion dollars over 11 years.

2) Created the Race to the Top Fund, a $4.35 billion program to reward States that submit the best proposals for change.

3) As part of the American Recovery and Reinvestment Act, funded over $100 Billion for reforms to strengthen Elementary and Secondary education, early learning programs, college affordability and improve access to higher education, and to close the achievement gap.

2) Automakers will be required to meet a fleet-wide average of New Gas Mileage Standards at 35.5 MPH by 2016.

3) A $60 billion investment in renewable and clean energy.

4) developed a Biofuels Roadmap to determine the next steps in growing an advanced biofuels economy to meet the goal to use at least 36 billion gallons of bio-based transportation fuels by 2022 helping create more green energy jobs.

6) pledged via the Blueprint for a Secure Energy Future that in a decade from now to cut our oil dependency by one-third, and put America’s energy future by producing more oil at home and reducing our dependence on oil by leveraging cleaner, alternative fuels and greater efficiency.

2) Established “Opening Doors” to end the homelessness of 640,000 men, women, and children in the United States in 10 years.

3) Provided $510 Million for the rehabilitation of Native American housing.

4) Provided $2 billion for Neighborhood Stabilization Program to rehab, resell, or demolish in order to stabilize neighborhoods.

5) Provided $5 billion for Weatherization Assistance Program for low income families to weatherize 1 million homes per year for the next decade.

3) Passing as part of H.R.3962 (Preservation of Access to Care for Medicare Beneficiaries and Pension Relief Act of 2010) a $6.4 billion measure reversing a 21 percent cut in physician payments that would have started a flood of rejections by some doctors of seniors covered by Medicare.

4) Expanded eligibility for Medicaid to all individuals under age 65 with incomes up to 133 percent of the federal poverty level ($14,400 per year for an individual).

5) Committed to ensuring that Social Security Budget Will Not Be Cut nor would change the retirement age.

On Military Veterans and Families

2) Implemented a strategic plan to increase the hiring of Veterans and Military spouses throughout the Federal civil service.

3) Provided for the expenses of families of to be at Dover AFB when fallen soldiers arrive.

5) Declared the end of the war in Iraqi bringing back nearly 100,000 U.S. troops home to their families.

7) Ended media blackout on war casualties; giving access to the return home of a dead US soldier for the first time since an 18-year ban on coverage was lifted.

9) Signed into law the 2009 Military Spouses Residency Relief Act, that will allow military spouses to claim residency in the same state as their sponsor and retain that residency as long as the service member is in the military, in the process avoiding the states where they currently reside from taxing their earned income.

5) Signed the Ryan White HIV/AIDS Treatment Extension Act and while more funding is needed per the 2012 proposed budget, an increase of $80 million to domestic and global HIV/AIDS programs committed

15) Endorsed a U.N. declaration calling for the worldwide decriminalization of gays and lesbians around the world in an efforts to make it a worldwide policy.

Tax deal extending Bush’s tax cut for two years which often gets criticized will do the following:

Damn it, the TAX DEAL is not PERMANENT

3) $2,500 in tax savings to help pay for college tuition and other expenses

8) forecast to creating approximately 1.6 million jobs increasing the GDP for 2011

1) signed the Health Package For 9/11 Responders bill that puts $4.3 billion into a fund to assist folks that are suffering from problems caused by breathed-in dust and debris during the 9/11 clean up.

3) made an excellent choice selecting a new Chief of Staff, William Daley, who Eric London has made a super case for why it was a smart choice.

4) made a $78 billion spending cut to the U.S. military and defense department budget, including reducing the size of the Army and Marine Corps.

5) signed in to law the START Treaty with Russia, a sweeping new arms reduction pact that will reduce the stockpile nuclear weapons in both countries adding new verification plan.

6) The passage of the Lilly Ledbetter Fair Pay Act enabling the rights of workers to sue employers over wage discrimination claims.

7) The expansion of SCHIP health-care program for children worth $33 Billion.

8) The declaration of two million more acres of wilderness in one of the most omnibus Public Lands bill.

9) Government Transparency as noted by Common Cause, Democracy 21, League of Women Voters and U.S. PIRG— “The cumulative effect of the Administration’s actions has been to adopt the strongest and most comprehensive lobbying, ethics and transparency rules and policies ever established by an Administration to govern its own activities“. You can read full report in all of the seven areas the report is graded.

Quite a list. Here is one final thought: How much of that do you suppose we would have seen under a Republican administration?

Mr. Universe is a musician/songwriter and an ex-patriot of the south. He currently lives and teaches at a University in the Pacific Northwest. He is a long distance hiker who has hiked the Appalachian Trail and the Pacific Crest Trail. He is also an author and woodworker. An outspoken political voice, he takes a decidedly liberal stance in politics.
View all posts by Mr. Universe →
This entry was posted in Uncategorized and tagged Frank Luntz, Obama administration. Bookmark the permalink.

2 Responses to What Has Obama Done For Me Lately?