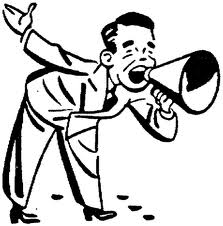 (Free Forum Fridays are an open discussion where commenters are invited to bring up topics that may not have been covered in the previous week. Got something on your mind? Throw your opinion out there.)

538Refugees has been on hiatus (We still have regular lives that occasionally need tending to that dictate we set aside our political obsession). Most of the news revolves around politics since we are less than three weeks out from the Iowa caucuses. With Herman Cain out of the picture it begs the question, who is next and who will their supporters get behind?

One notable event: noted writer and contrarian Christopher Hitchens finally succumbed to esophageal cancer yesterday at age 62. Born in Britain, Hitchens died as an American citizen. He was an often controversial writer taking unusual positions such as supporting the Iraq war and an outspoken critic of Mother Teresa.

Occupy Wall Street appears to be winding down for the winter as several cities break the demonstrations up. Will they return in the spring? A new variation is taking place as people whose homes have been foreclosed are retaking their empty homes. How much longer before the 1% own everything and Democracy is officially dead?

Agree? Disagree? What’s on your mind?

Mr. Universe is a musician/songwriter and an ex-patriot of the south. He currently lives and teaches at a University in the Pacific Northwest. He is a long distance hiker who has hiked the Appalachian Trail and the Pacific Crest Trail. He is also an author and woodworker. An outspoken political voice, he takes a decidedly liberal stance in politics.
View all posts by Mr. Universe →
This entry was posted in Free Forum Friday and tagged #OWS, Christopher Hitchens, Esophageal cancer, Herman Cain, Mother Teresa, Occupy Wall Street, Vanity Fair. Bookmark the permalink.