Maybe it’s a symptom of our current societal mores or maybe it’s because creating good TV shows is cost prohibitive but ‘reality’ TV is all the rage these days. We have TV shows that range from the mundane to the inane. Shows that follow the lives of people who contribute nothing meaningful to our culture (the Kardashians, Jersey Shore), to shows that pit people against each other in a Lord of the Flies type of popularity contest (Survivor, The Apprentice) to full contact sport cooking shows. More ominously, there are now shows portraying in a positive light the entrepreneurs who bid on the belongings of people who, in a desperate last measure, store their worldly possessions in storage units and eventually default on paying their bills. Then others swoop down in a bidding war in order to sell those items off at a profit. That we glorify those feeding off the despair of others is a bit disturbing. It feels a little like prisoners of ancient Rome being pitted against the lions for entertainment. Instead of ‘Storage Wars‘ perhaps they should be called ‘Vulture Wars’.

Lately the political world has begun to resemble an episode of Survivor. Call it ‘Survivor, D.C.’. The Republicans in choosing their nominee have been having debates it seems almost every week. And it has provided fodder for all the late night comics.

What it has also provided, albeit unintentionally and despite the facade, is a window into the actual machinations of the Republican candidates. The debates have become a platform for the candidates to out-conservative each other. It’s as if they’re all racing on a very small race track in the opposite direction; forever driving in right circles. It’s a contest to see how far to the right they can go. “You think you’re pro-life? Well I think life begins at the zygote phase.”. “Oh yeah? Well I think every sperm deserves a chance to be a human being and they should all be protected!”.

Recently former fake candidate and reality TV show host Donald Trump tried to host his own debate. Most of the other candidates, aside from Gingrich and Santorum, wisely opted out of this carnival sideshow. This debate was merely an attempt by Trump to manufacture another episode of ‘The Apprentice’. The Donald bowed out of the debate idea citing that it might be a conflict of interest if he decides to jump back into the race as an independent. Sorry, Donald, you’re fired.

The actions of the Republican candidates just reinforces the notion that none of them seriously expect to become President of the United States. Like Sarah Palin, they are simply using the platform for self-promotion and to sell books. As has been discussed on this blog previously, the smart people stayed out of the clown car. None of the current crop of idiot savants stands a chance of becoming president. There’s only one person up to that task and he’s already occupying the office. Jon Huntsman comes the closest and the Obama administration has alluded to such in the past. Yet Huntsman is at the bottom of all the candidates because he is too moderate. 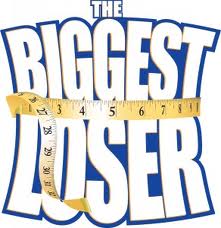 In the meantime, the Republican debates do provide a window into the soul of a party in shambles and disarray. The Tea Party influence has divided the party into conservatives and people who really hate President Obama. This lack of unification behind one candidate, the flavour of the month rise and fall of most of the candidates, coupled with the ‘anybody but Romney’ factor virtually guarantee that this reality TV show falls into the category of one show in particular: ‘The Biggest Loser’

Mr. Universe is a musician/songwriter and an ex-patriot of the south. He currently lives and teaches at a University in the Pacific Northwest. He is a long distance hiker who has hiked the Appalachian Trail and the Pacific Crest Trail. He is also an author and woodworker. An outspoken political voice, he takes a decidedly liberal stance in politics.
View all posts by Mr. Universe →
This entry was posted in Uncategorized and tagged Apprentice, Donald Trump, Jersy Shore, Jon Huntsman, Lord of the Flies, Reality television, RealityTV, Republican, Republican debates, Sarah Palin, Storage Wars, Survivor, The Biggest Loser, The Kardashians, Top Chef. Bookmark the permalink.