(Red Right Returning, a nautical mnemonic for the side of the buoy or marker on which to pilot a ship in order to stay in the channel, is a look back at the activity of the past week of the Republican candidates in the 2012 primary. Feel free to voice your opinions in the comment section.)

It would appear that, like Iowa, the Maine caucuses may not be in the bag just yet. You’ll recall that Maine’s caucuses were held over the period of a week on a town by town basis. Washington county, home to Lubec, the easternmost point in the United States, even postponed its caucuses until today because of a potential snow storm. Yet the Republican Party went ahead and called the race for Romney with 39% of the vote next to Ron Paul’s 36%. 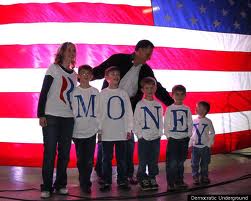 Many have cried foul, not the least of which is Ron Paul though Paul is used to being snubbed at this point. But several caucus leaders in several districts have complained that when they called in to report the results in their districts they were told that those figure had already been reported (which is not the way that’s supposed to happen). Some district numbers didn’t even show up in the final results such as all but one town in Waldo County. Washington county has been told their caucus won’t even count and they are not pleased about it. Could the Maine decision be reversed like Iowa? Could Ron Paul have actually won Maine?

The suspicion that the Republican party is rushing Mitt Romney towards nomination regardless of caucus or primary results is growing in Maine. Washington County’s caucus is going on right now. None of Maine’s delegates will be seated until in March so Maine has time to iron out the discrepancies. But the interesting thing here is that reversals like the one in Iowa have never taken place before. If Maine is reversed, then having two reversals in one campaign says something about the state of the Republican primary.

A request has been made to have the Republican State Committee Chair Charlie Webster censured by the Waldo County. Others have called for his removal as happened with Iowa’s chair.

This whole issue probably won’t have a great effect on the primary as a whole, certainly not if it isn’t resolved before Super Tuesday, but it does shed some light on how the outdated caucus system is rife with inaccuracies.

Mr. Universe is a musician/songwriter and an ex-patriot of the south. He currently lives and teaches at a University in the Pacific Northwest. He is a long distance hiker who has hiked the Appalachian Trail and the Pacific Crest Trail. He is also an author and woodworker. An outspoken political voice, he takes a decidedly liberal stance in politics.
View all posts by Mr. Universe →
This entry was posted in Red Right Returning and tagged Charlie Webster, Maine, Mitt Romney, Newt Gingrich, Rick Santorum, Ron Paul, Waldo County Maine. Bookmark the permalink.