Politico now has an interactive preview of the Sunday shows with the hosts of each show. Politico’s John Harris interviews David Gregory, Christiane Amanpour, and Candy Crowley for Turn the Table.

Got a burning comment on the Sunday talk show guests? Jump on the forum and discuss it. According to Politico, here is the lineup for this week’s shows: 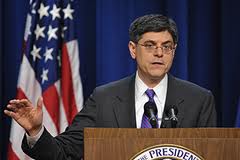 President Barack Obama’s budget director, Jack Lew, makes the rounds on this Sunday’s television talk shows, as the administration and congressional leaders continue to struggle to forge a deal to raise the nation’s debt ceiling and cut spending.

Face the Nation (CBS) — Dick Durbin also shows up here along with Republican Sens. Tom Coburn of Oklahoma and Marco Rubio of Florida.

Mr. Universe is a musician/songwriter and an ex-patriot of the south. He currently lives and teaches at a University in the Pacific Northwest. He is a long distance hiker who has hiked the Appalachian Trail and the Pacific Crest Trail. He is also an author and woodworker. An outspoken political voice, he takes a decidedly liberal stance in politics.
View all posts by Mr. Universe →
This entry was posted in Hot Fudge Sunday and tagged Dick Durbin, Herman Cain, Jim DeMint, John Kasich, Jon Kyl, Marco Rubio, Ron Klain, Rudy Giuliani, Tom Coburn, United States House Committee on the Budget. Bookmark the permalink.