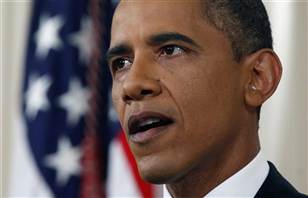 This week president Obama announced his withdrawal plans for the Afghanistan conflict in an address to the nation. 10,000 by Christmas and 33,000 by next summer. Is it enough? Many people don’t think so including members of the Democratic Party. 56% of Americans want the troops to come home now that Osama bin Laden has been eliminated.

Budget talks broke down when Eric Cantor walked out of the negotiations over the issue of tax hikes. Will this damage the chances of raising the debt ceiling? Will it damage the Republicans?

The President also received some criticism on his stance of marriage equality for gays. And he spoke to a group of gays in New York last night. New York is contemplating becoming the latest state to recognize gay marriage. Was the criticism justified?

What’s on your mind from this past week? Leave a comment.

Mr. Universe is a musician/songwriter and an ex-patriot of the south. He currently lives and teaches at a University in the Pacific Northwest. He is a long distance hiker who has hiked the Appalachian Trail and the Pacific Crest Trail. He is also an author and woodworker. An outspoken political voice, he takes a decidedly liberal stance in politics.
View all posts by Mr. Universe →
This entry was posted in Free Forum Friday and tagged Afghanistan, Budget talks, Debt Ceiling, Eric Cantor, Gay marriage, Osama bin Laden. Bookmark the permalink.